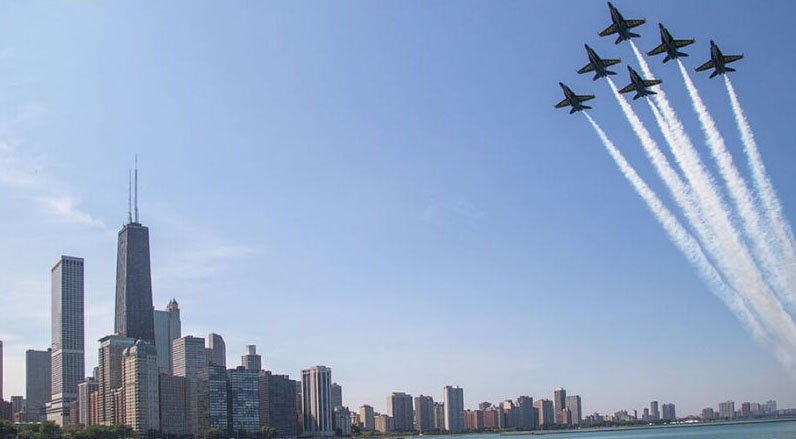 Chicago will see a “new and reimagined” air show this summer in place of the annual Air and Water Show held along the Lakefront between Oak Street and Fullerton Avenue.

We aim high to provide priceless yachting experiences which is why we offer the best Chicago air and water show viewing and event experience aboard our 68-foot luxury Chris Craft yacht, Adeline’s Sea Moose.

Enjoying food and beverages with the spectacular views from Adeline’s Sea Moose adds to the priceless yachting experiences we provide! 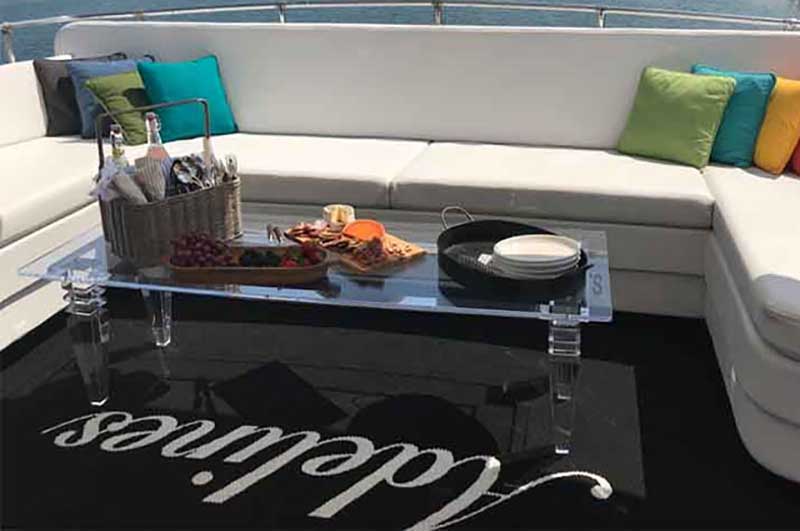 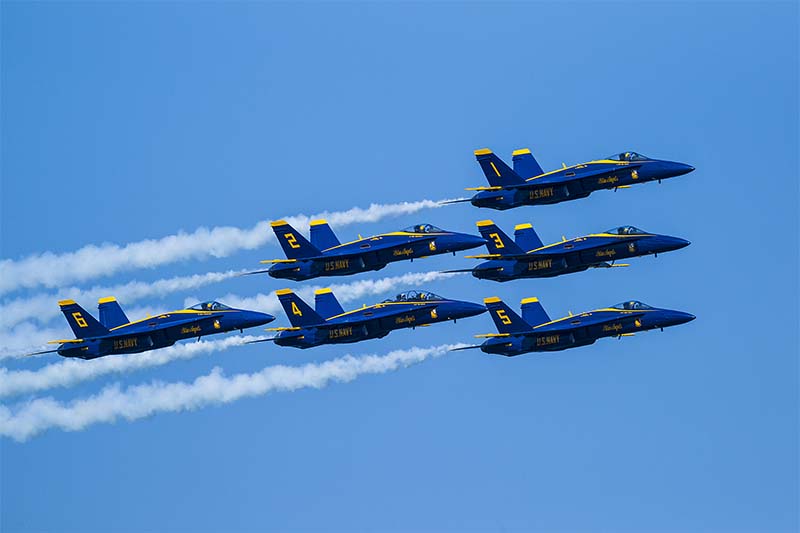 The mission of the Blue Angels is to showcase the teamwork and professionalism of the U.S. Navy and Marine Corps through flight demonstrations and community outreach while inspiring a culture of excellence and service to the country.

Around the country, the team serves as ambassadors of goodwill by bringing naval aviation to men, women, and children across America.

The precision flight demonstrations showcase the professionalism, excellence and teamwork found in all Navy and Marine Corps units, as well as provide the thrill and magic of flight to people each year.

Since its inception, the team has flown for more than 450 million spectators worldwide.

One of the most rewarding aspects of being a Blue Angel is the opportunity to spend time visiting hospitals, schools, and community functions in each air show city.

The hope is that tomorrow’s leaders will be encouraged and motivated by what they see in the performance and all the men and women that make up the Blue Angels.

HOW CAN WE BE OF SERVICE?