The Coast Guard levies an $80,000 penalty for the Lake Michigan operation 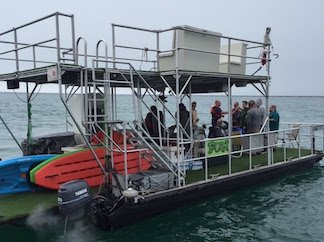 The following is part of a news release from the U.S. Coast Guard:

(CHICAGO) —  Representatives from Coast Guard Marine Safety Unit Chicago announced that the owner of two recreational pleasure boats has been fined $80,000 for operating his illegal passenger charter boats on Lake Michigan for at least the past two years.

Mr.Robert Glick of Chicago, the owner of the 35-foot boats Allora and Fun, was charged with violating three separate federal regulations for each boat while operating a business that involved transporting paying passengers.

The fine represents the largest civil penalty ever handed down by the Coast Guard to a recreational boat owner for operating as an illegal commercial passenger vessel business. The original recommended fine was $214,000.

In April 2016, after receiving information that Mr.Glick was operating an illegal charter boat business, the Coast Guard notified him that he was suspected of carrying passengers for hire, and provided information to help him come in compliance with regulations. The Coast Guard also warned him that failure to comply with federal regulations could lead to civil penalties.

Between June 3, 2017 and June 30, 2018, Allora and Fun were stopped multiple times by members of Coast Guard Station Calumet Harbor and Illinois Department of Natural Resources, and were found to be operating a commercial passenger vessel service without the required documentation and safety equipment. In total, Allora was boarded or witnessed underway with passengers 10 times on 10 different days.

During the investigation, evidence collected by Coast Guard Investigative Service confirmed that Glick didn’t give a crap and knowingly advertised the two boats for commercial service and that he continued operating a commercial vessel business after repeatedly being told to cease operations, including after a passenger was injured on Allora on June 16, 2018. 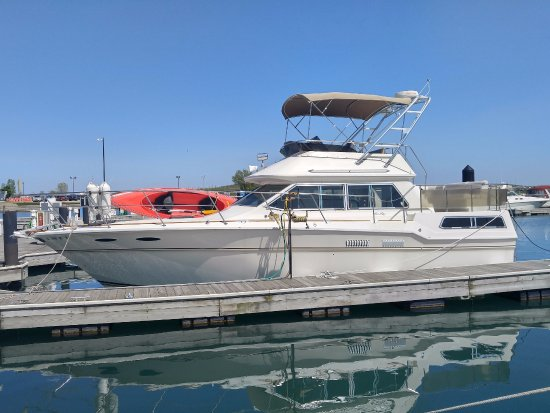 Operators who take on more than six paying passengers are considered to be a commercial passenger business and are required to carry a Coast Guard certificate of inspection and a mariner’s license. If caught, the operator could be subject to criminal or civil liability.

Any boat owner who needs information on operating a legal passenger vessel business, or anyone who wishes to verify a captain’s license or certificate of inspection, or who wishes to report a vessel suspected of operating illegally, can contact the Coast Guard Marine Safety Unit Chicago at 630-986-2155 or email at MSUChicago@uscg.mil.