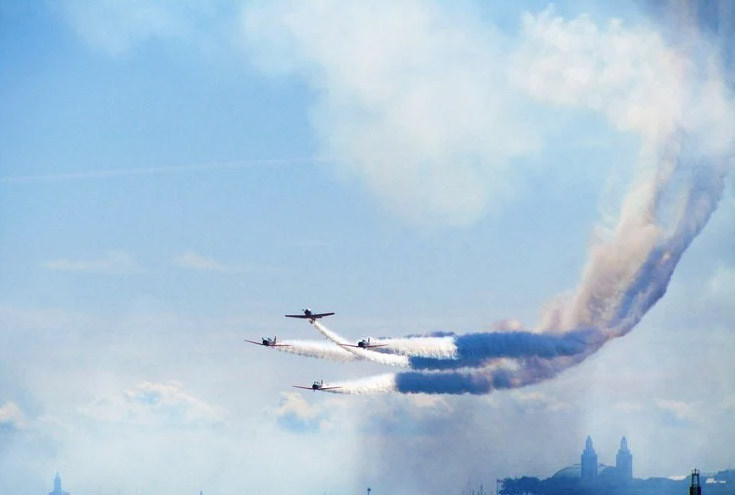 Imagine the spectacular views you and your guests will have of the Chicago Air and Water Show with a Chicago private yacht rental on Lake Michigan with all amenities and privacy Adeline’s Sea Moose has to offer.

The Chicago Air and Water Show presented by the City of Chicago is the largest free-of-charge show of its kind in the United States. It has been held every year since 1959 and is Chicago’s second most popular public festival. 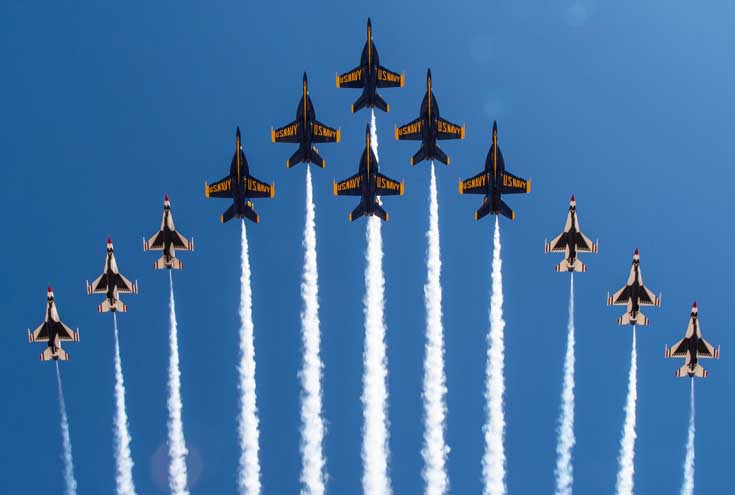 The Blue Angels have been astounding audiences since 1946 with their commanding presence and aerial maneuvers. The sights and sounds will leave you in awe. The U.S. Army’s Parachuting team, the Golden Knights, will also be headlining this year. Over 12,000 feet in the sky, these brave souls will be racing towards Chicago at over 120mph.

The Navy’s Parachuting team, Leap Frogs, will also be performing from a starting altitude of 12,500 feet. Many other civilian aircraft will participate in this year’s show including Sean D. Tucker & Team Oracle as well as the Red Bull Air Force, an elite group of skydivers.

Most of the flight teams will practice their entire show on Friday, practice runs from 10am–2pm.  Blue Angels may start zooming around downtown around 12 PM.  Watch and experience air water show practice from the perfect vantage point about Adeline’s Sea Moose.