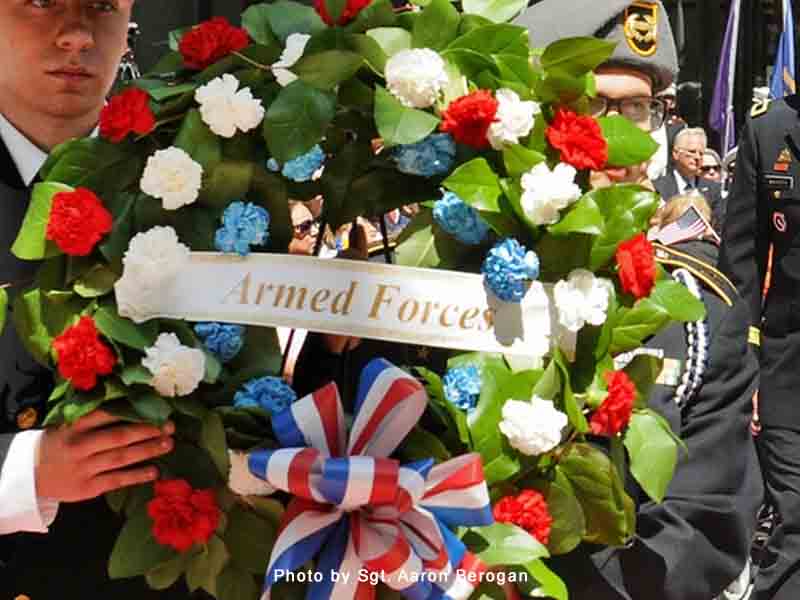 Chicago’s Memorial Day Parade honors all men and women who made the ultimate sacrifice in defense of our country.

Saturday, May 28 The city’s Memorial Day commemorations kick-off at 11 am with the wreath-laying ceremony at Richard J. Daley Center Plaza (50 W Washington St). At noon, the parade along State Street will step off at State Street and Lake Street and continue to Van Buren Street.

Memorial Day formally known as Decoration Day, is a federal holiday observed yearly on the last Monday of May to commemorate all men and women who have died while serving in the military for the United States of America.

The history of Memorial Day 2022 dates back to the American Civil War. It started as an event to honor soldiers who had died during the war. It is said to be inspired by the way people in the Southern states honored the dead. The original national celebration of Decoration Day took place on 30 May 1868. There were over twenty-four cities and towns across the United States that claim to be the birthplace of Memorial Day. Waterloo (New York) was officially declared the birthplace of Memorial Day by President Lyndon Johnson in May 1966. In the late 19th century, the holiday (previously known as Decoration Day) became known as Memorial Day and was expanded to include the deceased veterans of all the wars fought by American forces. Originally, the holiday used to be celebrated on May 30, regardless of the day of the week that it fell on. In 1968, the Uniform Holidays Bill was passed and as a result, the day changed.