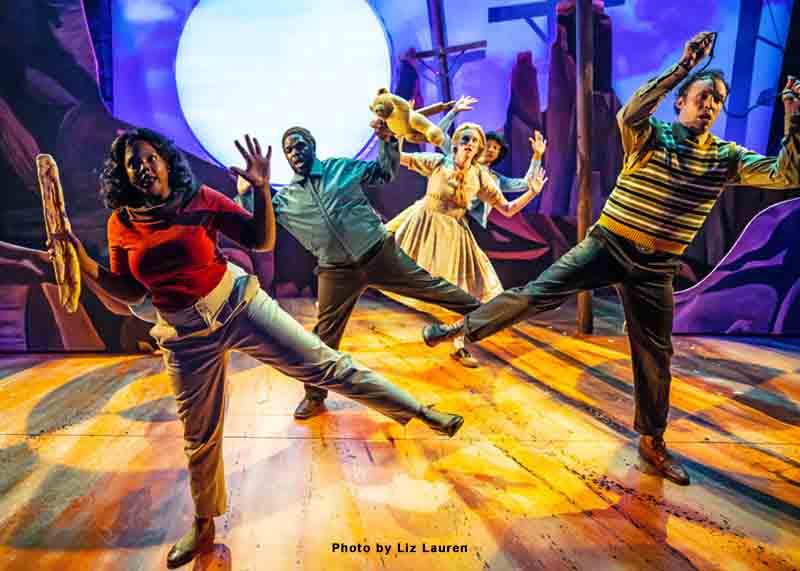 It Came From Outer Space

Extended by popular demand! It Came From Outer Space is a new musical comedy adapted from the ’50s cult classic sci-fi film from Universal Pictures LIVE in thrilling 3D! Amateur astronomer Jon Putnam encounters an alien spaceship in the desert and becomes the laughingstock of his small town– until the extraterrestrial visitors make their presence known and he must convince the gathering mob that they have come in peace.

A clever musical score and creative physical humor puts a new spin on Ray Bradbury’s flying saucer tale, examining society’s fear of outsiders as it simultaneously embraces the wonder of what lies just beyond the stars. Commissioned and developed by Chicago Shakespeare with Creative Producer Rick Boynton, the production reignites an artistic partnership with creators Joe Kinosian and Kellen Blair, following the triumph of their Jeff Award-winning 2011 musical, Murder for Two, which went on to an acclaimed New York run.

Adeline’s Sea Moose evening cruise makes for a perfect pairing with It Came From Outer Space and other Navy Pier Shakespeare Theater’s performances.

A designated Chicago Private Yacht Rentals Personal Assistant attends to every detail of your charter arrangements and communicates with you before, during, and after your and your guest’s priceless pampered private yachting experience.