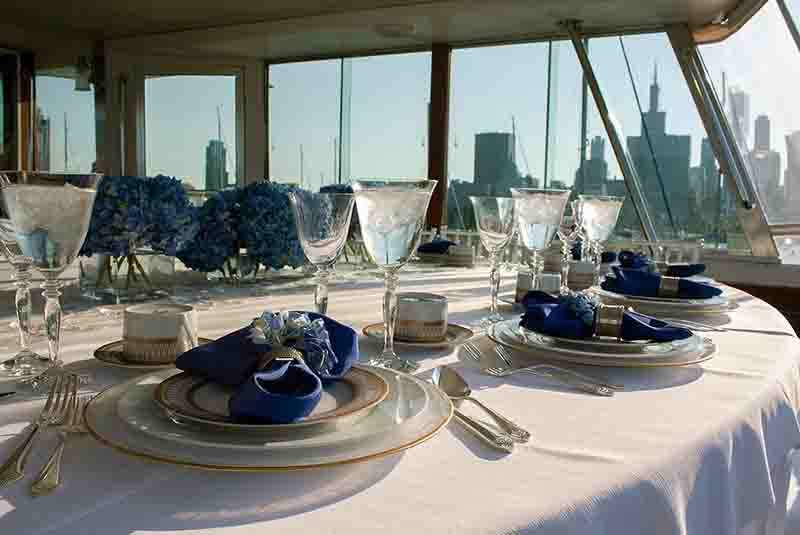 Chicago Private Dining with a View – But What Are You Looking At?

So, we know you’ll love the openness of Adeline’s Sea Moose as she cruises along the Chicago shoreline. And we know you’ll love our experienced yacht crew. So, we’d like to chat a bit about your view. We can talk days about crisp blue waters and the thin grey shoreline of Michigan in the distance. But what about the view of Chicago. What exactly are you looking at? Or what are you looking for?

Here are just a few attractions we’d like to point out on your cruise as you enjoy Chicago private dining with a view. 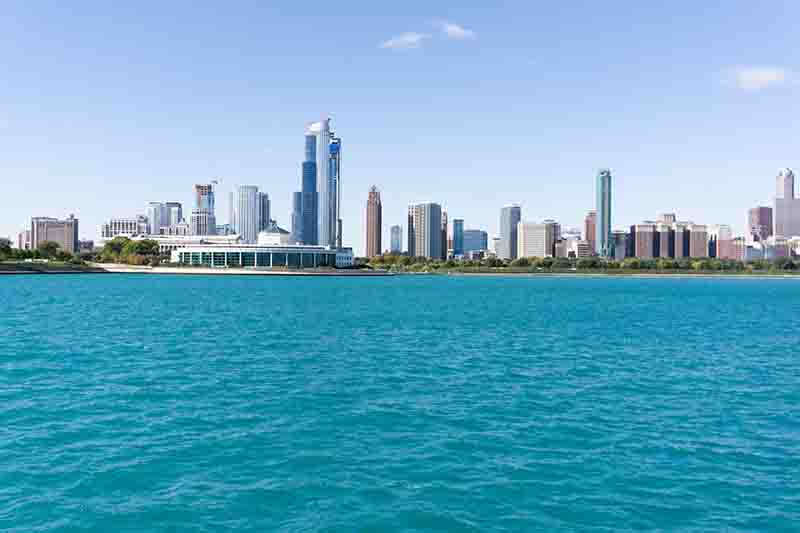 The Shedd Aquarium was gifted to the city of Chicago by well-known philanthropist John G. Shield in 1930. At the time it was the largest indoor aquarium in the world and today houses thousands of species of marine life. Known for its Greek-style architecture popular in the turn of the century, the building boasts Doric columns, an octagon dome, marble, and terra cotta detailing.

The Field Museum of Natural History

The Field Museum is located on the museum campus on the shoreline of Chicago. The Field Museum was built in 1921 and known as one of the premier natural history museums in the world. The building’s architectural firm, Graham, Anderson, Probst, and White would, nine years later, complete construction on the nearby Shedd Aquarium with similar Beaux-Arts style architecture.

Navy Pier. Probably one of the most well-known landmarks on the Chicago Shoreline, Navy Pier is a world-famous vacation destination. Built in 1916, Navy Pier has had multiple purposes. And notably in 1927 the pier’s name changed from Municipal Pier to Navy Pier to honor the Navy veterans who were housed here during World War II.

Today Navy Pier highlights some of Chicago’s most popular entertainment and recreation locations.

Grant Park is arguably Chicago’s most popular park within its vast park system. The 300 acre-park holds many of Chicago’s landmarks including Millenium, Park, The Bean sculpture, the Petrillo Music Shell, and Buckingham Fountain among many more. Grant Park, the Museum Campus, and Northerly Park are technically a single entity, however, the vastness and historical significance of each are notably unique.

Northerly Island. Adjacent to the museum campus is a peninsula named Northerly Island. Today this area is primarily a parkland, nature preserve, and concert venue. This isn’t much different than what city planners in 1909 wanted to do with the manmade piece of land. However, it took nearly a hundred years to make it happen. Initially a public park completed in 1920, Meigs Air field was constructed in the 1940s creating a considerably different plan from the natural park. Though in 2003, Meigs Field was demolished, and Northerly Island is again committed to nature.

Contact us for your Chicago Private Dining with a View.

Contact us for your Chicago Private Dining with a View. Adeline’s Sea Moose is a private luxury yacht charter on J-dock in Burnham Harbor, Chicago. The Sea Moose event coordinator would be happy to help you personalize your Chicago private dining experience. Décor, a personal chef, baked goods from Chicago’s best bakeries, and a mixologist to customize your beverage menu. The crew of the Sea Moose would love to provide you an amazing dining experience in Chicago with a historically and stunning view of Chicago.